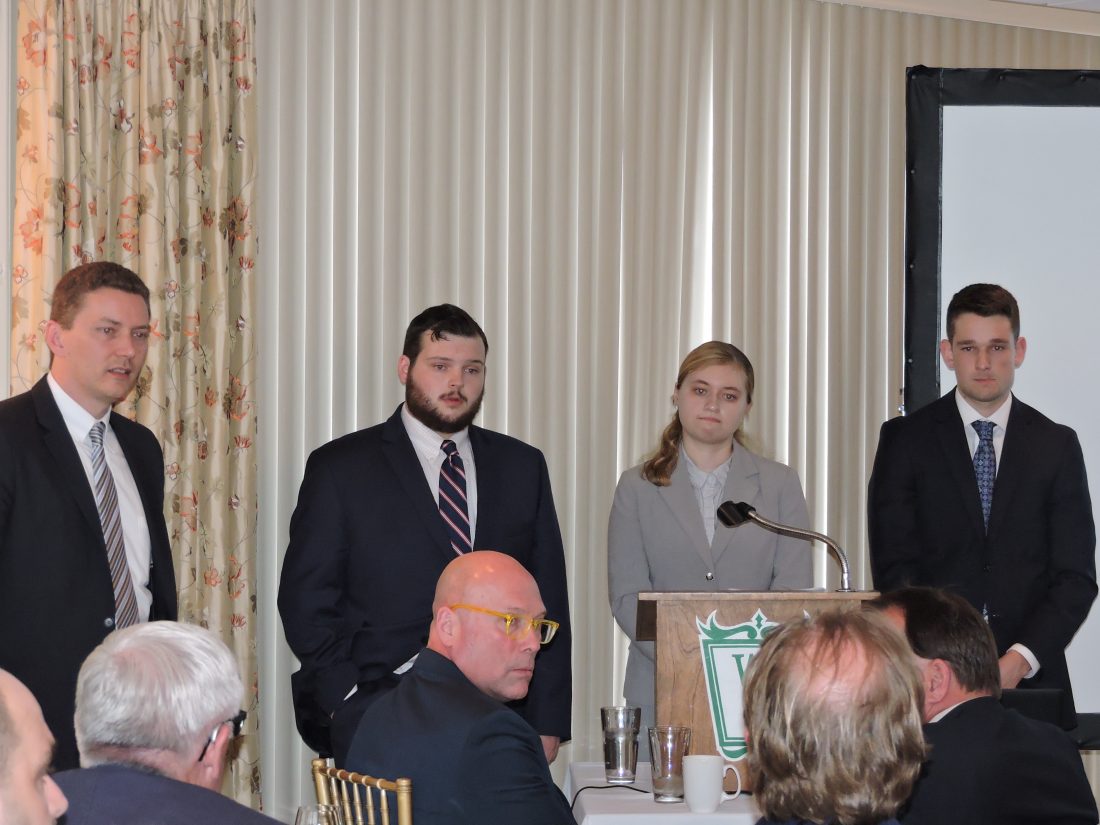 Originally Published in The Herald-Star
April 26, 2019
By Craig Howell
chowell@weirtondailytimes.com

WEIRTON — While the economic trends for the Upper Ohio Valley have been improving, there still is much that can be done to encourage prosperity in the region.

That was the message Wednesday from a group representing West Virginia University’s John Chambers College of Business and Economics.

John Deskins, director of the college’s Bureau of Business and Economic Research, was on hand with three of his students as part of a regional economic outlook conference held at Williams Golf and Country Club, and hosted by the Business Development Corp. of the Northern Panhandle, the Weirton Area Chamber of Commerce and the City of Weirton.

BDC Executive Director Pat Ford noted it was the first time in several years WVU has undertaken such a project for Hancock and Brooke counties, analyzing the area’s economic history and potential opportunities based on existing trends.

“We’re really excited to have them here,” Ford said.

The event was sponsored by Southwestern Energy, the Thrasher Group, the Frontier Group of Companies, United Bank and Fairfield Inn by Marriott.

Ford explained, unlike larger metropolitan areas, the local region doesn’t always have the resources needed to look for trends and information needed to promote itself, making the program offered by WVU valuable in economic development efforts.

Deskins explained this is the second year he has involved students in the program, allowing for more areas of the state to receive information.

Based on the data compiled for Weirton and other areas of West Virginia, Deskins said he feels the state has fully come out of its recession and will see more positive economic news in the coming years.

“We think those challenging times are coming to an end,” Deskins stated.

Student Garrett Cathell explained there is hiring taking place in the state, with 9,000 jobs added in the last few years, although he noted most of those jobs have been in only eight counties and much of them have focused on coal, gas and pipeline construction.

Student Sarah Alway noted the stagnant nature of West Virginia’s gross domestic product figures, encouraging diversification and entrepreneurship to stimulate the environment, instead of relying on a group of core industries to drive the economy.

“We need to spread out our eggs so we have multiple baskets,” Alway said.

She explained, while the state’s unemployment is approximately 5 percent, its labor force participation is only around 54 percent. By comparison, the national labor participation is 63 percent.

William Wagstaff, the third student of the group, noted the variation in economies throughout West Virginia, noting much of the Ohio Valley has seen increases in employment and wages because of the shale industry.

“Each region is going to have different economic barriers and economic opportunities,” Wagstaff said.

By comparison, the Southern Coal Fields continue to see difficulties, while the neighboring New River Gorge region has been able to capitalize on tourism and outdoor adventure businesses and the Eastern Panhandle has grown as a bedroom community for the Washington, D.C. area.

Chamber President Brenda Mull explained some of the strengths of the local business community, noting much of it has been established around smaller, family operated businesses which have stood the test of time.

Mark Miller, planning and development director for the City of Weirton, discussed some of the ongoing efforts to rejuvenate the area, including the redevelopment of 1,100 acres of former steel property and the city’s recent update of its Comprehensive Development Plan.